As an Office of State Human Resources GIS Analyst, I am involved in an effort to develop a set of maps based on U.S. Census data for a range of decision making activities in Wake County, NC. The current map of interest needs to show 2010 populations for Wake County census tracts and is needed to help interpret other 2010 census related data. The File downloaded was a 2010 Geographic Identifiers Summary File and the field represented is a census tract summary of VD072 Population Count (100%).

Analysis procedures
Strategies: 2010 population related data and Wake County shapefiles will be downloaded from the U.S. Census Bureau websites. The tabular data and map geographies must be ensured to match and in this case that means they are 2010 data associated with Wake County census tracts. The shapefiles and tabular data will be imported into ArcMap, where they can be associated and displayed in a meaningful way. 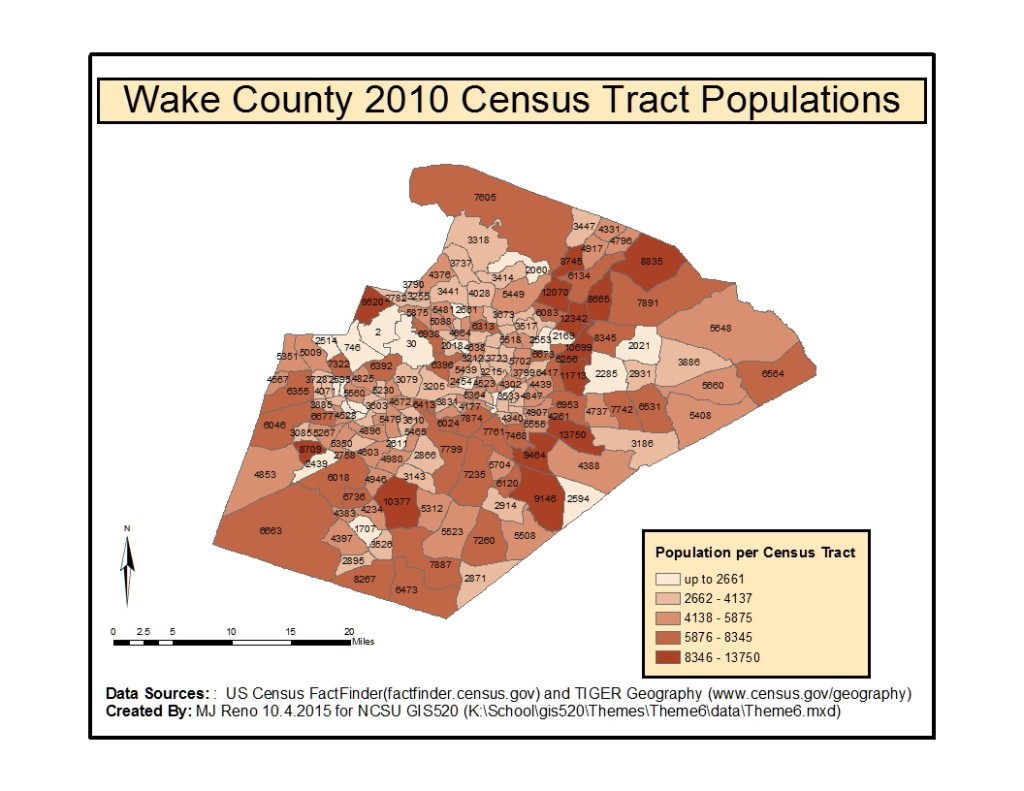 Problem Description: Considering the amount of data and map layers available at the US Census Bureau site there are many, many potential applications. The data for example could be used to study poverty distributions at the census tract level for cities of comparable size, say 500,000-1M people, nationally.

Analysis Procedures: Studies such as these could tie in to how different cities are handling policies related to those below the poverty line and what impact those polices have on where they live and the resources that are thus available to them.