Demonstrate the customization of the ArcMap interface as applied to tools, both in terms of ease of access/use and also the acquisition of custom tools. To this end a custom toolbar and dropdown menu were added as new interface options. The toolbar is name “Caching” and includes an add-in tool called Easy Calculate as well as standard tools Build Feature Cache, Empty Feature Cache, Clear Auto-Cache Scale, Show Feature Cache, Zoom to Nearest Cache Resolution and a dropdown menu named “Data” with the tools Import Tile Cache and Export Tile Cache. A separate dropdown only menu, named “Scripting” includes the tools Import Script, Export Script, Add Script, and Run Report. In addition to these customizations, the Feature Layer Context Menu was customized by adding Table to Excel, Table to dBASE, and table to Geodatabase entries.

Analysis procedures
Strategies: ArcMap presents many opportunities for customizing the feature set as well as the interface to optimize workflows and also to introduce new tools to the standard set. ArcMap has many default toolbars populated with subsets of the many standard tools it offers. At times though, those toolbars may not be optimally organized for specific workflows or preferences. In addition, many standard tools aren’t part of any toolbar. Beyond the standard tools offered in an ArcMap distribution there are many, many custom tools that can extend standard transformations or offer specialized analysis. These act as add-ins to standard tool sets and can be included in customizations when generating new toolbars and menus or extending those that already exist.
In addition to offering the custom toolbars ArcMap offers lots of opportunities to customize menus via the context menu tool. Tools can be placed in ArcMap so that they are accessible from positions is work flows where they are most needed.
Methods:  To demonstrate this potential a new toolbar, including a menu, and another standalone menu were created using the Customize Mode for new toolbars. The toolbar was organized around caching tools, as outlined above. The dropdown menu was organized around scripting the tools mentioned above. The toolbars were both created in Customize Mode where either New (toolbar tab) or New Menu (commands tab) was selected. The new toolbar was then named and tools were simply selected and moved to the desired position.
The Feature Layer Context Layer was customized by adding the tools Table to Excel, Table to dBASE, and table to Geodatabase entries. This was accomplished by selecting the Context Menus check box in Customize Mode, which opened a toolbar with its own dropdown containing ArcMap context menus. The Feature Layer Context menu was selected and then the desired tools were moved to the menu in the desired positions. 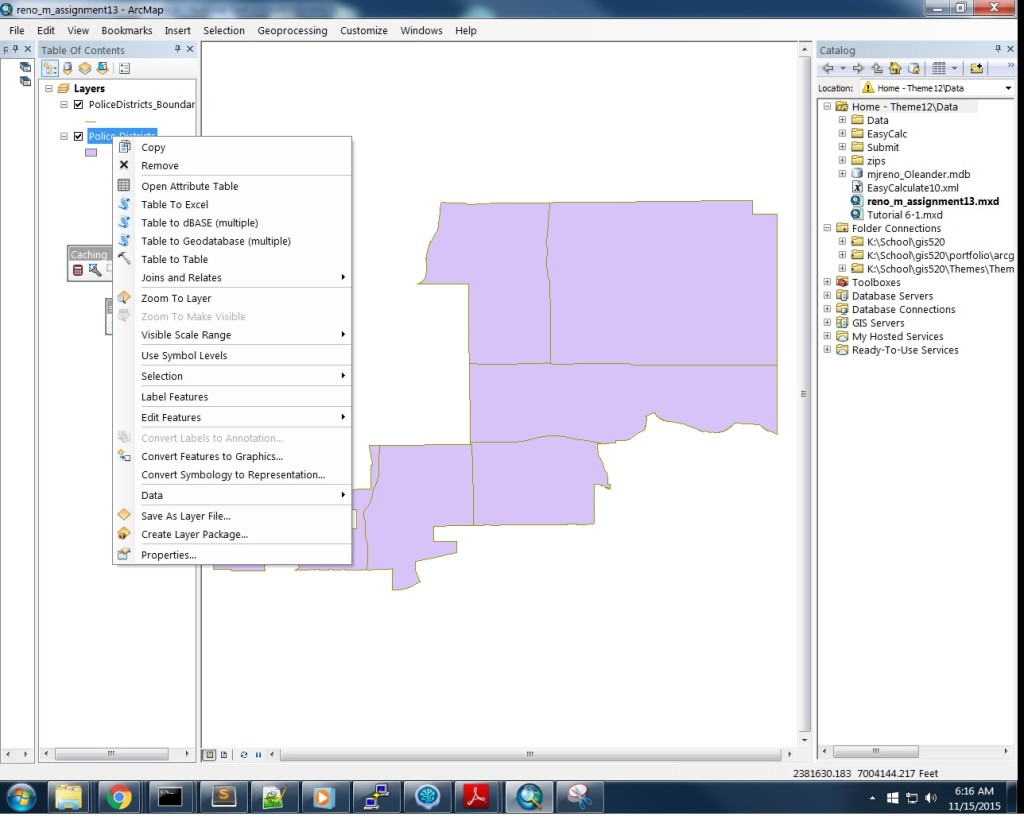 An intermediate result from a custom imported tool: 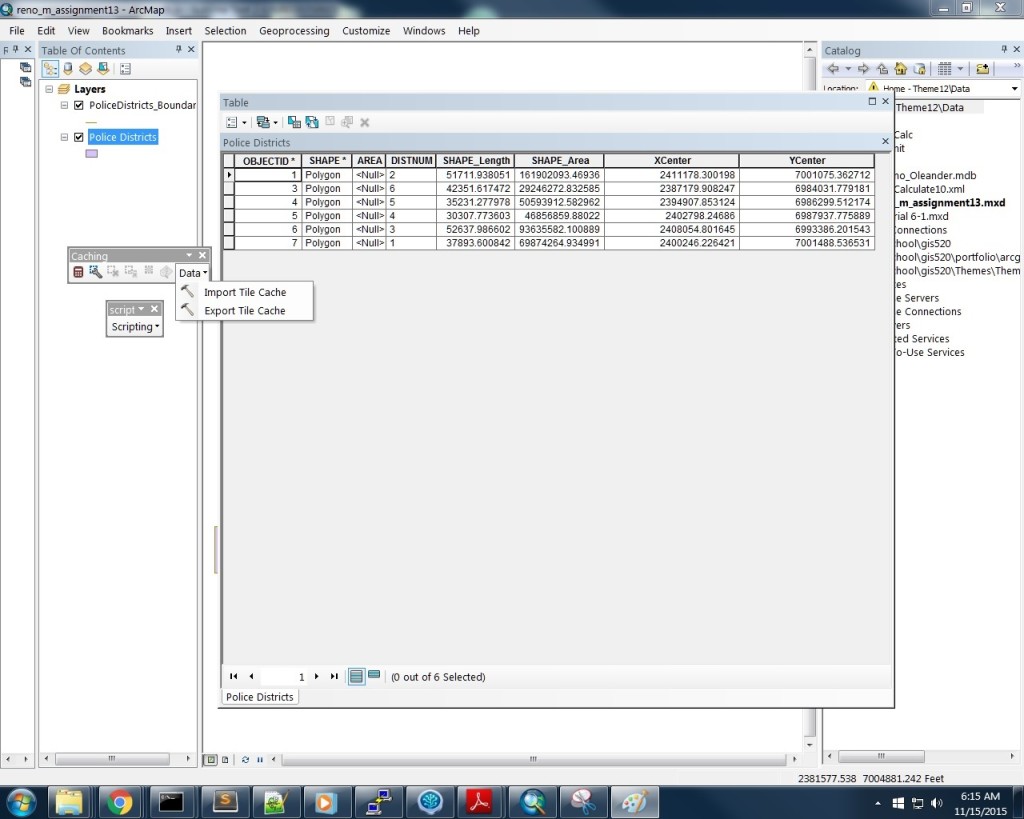 Problem Description: Consider a first time GIS learner and the almost overwhelming number of standard tools that are offered in ArcMap.

Analysis Procedures: One approach for an intro class could be to generate 2 or 3 custom toolbars early on that contain the elementary tools required for the introductory course. The students then could dock these 3 custom toolbars and clean up the interface otherwise, having what they need in front of them so that they can otherwise focus on solving analysis problems.