This exercise was part of ESRI’s Using Raster Data for Site Selection tutorial and is called “Use fuzzy logic to model bald eagle habitat”.  The goal is to model boundaries associated with bald eagle habitat at the Big Bear Lake in the San Bernadino National Forest.  Naturally there is uncertainty associated with any such analysis as these are living creatures and not easily quantifiable.  Fuzzy logic is used to model the scenario and quantify the degree of uncertainty.

Analysis procedures
Strategies: ArcMap fuzzy logic tools are used to create fuzzy layers for the variables of interest and then overlay them for a final result.  The variables considered are distance from human activity/infrastructure, proximity to water, and optimal forest cover.  A fuzzy layer is created for each and the three layers are overlaid, a logical AND operation, with the Fuzzy Overlay tool for a final result.

The generated layers are overlaid with the Fuzzy Overlay tool, a logical AND operation which reflects in the final result a membership value that reflects all three variables.  Green areas indicate full membership relative to the three criteria, red shows non-membership and yellow is fuzzy, indicating a partial membership.

Fuzzy layer for distance to water: 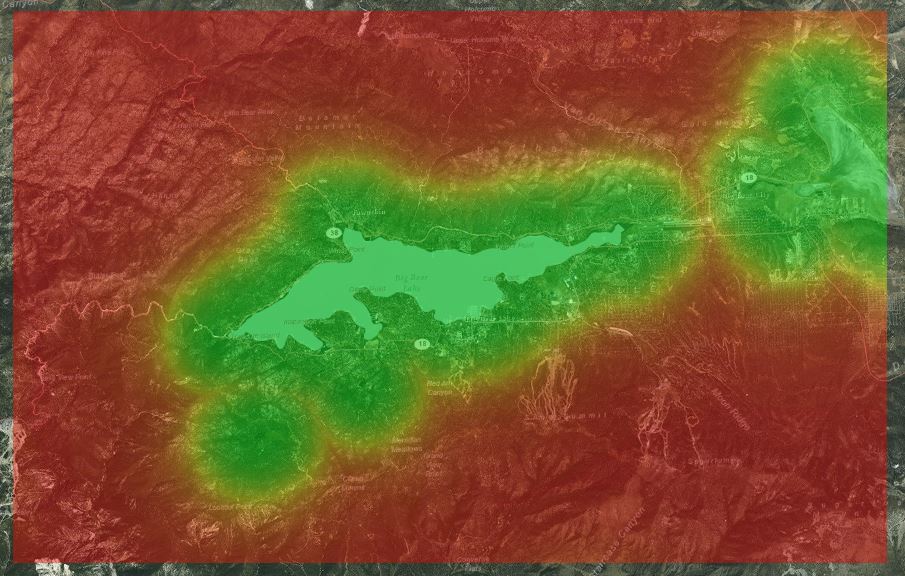 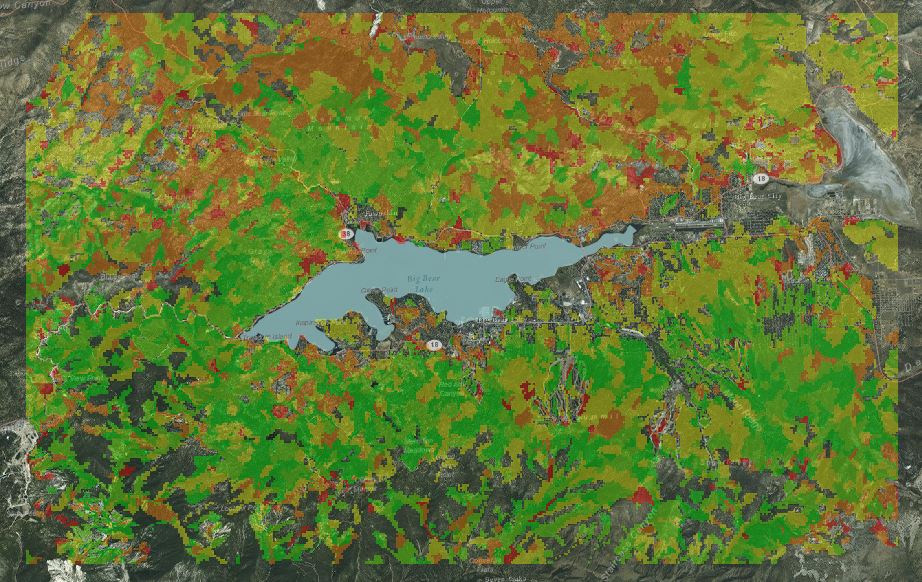 Analysis Procedures:  Assign fuzzy membership values for each layer that is relevant for the layer described.  For example, higher water temperatures are probably favorable for storm growth so a linear membership type could be assigned from the current storm location.  Overlay the layer results to generate a fuzzy model that indicates a model of storm intensities that is dependent on the path it takes. 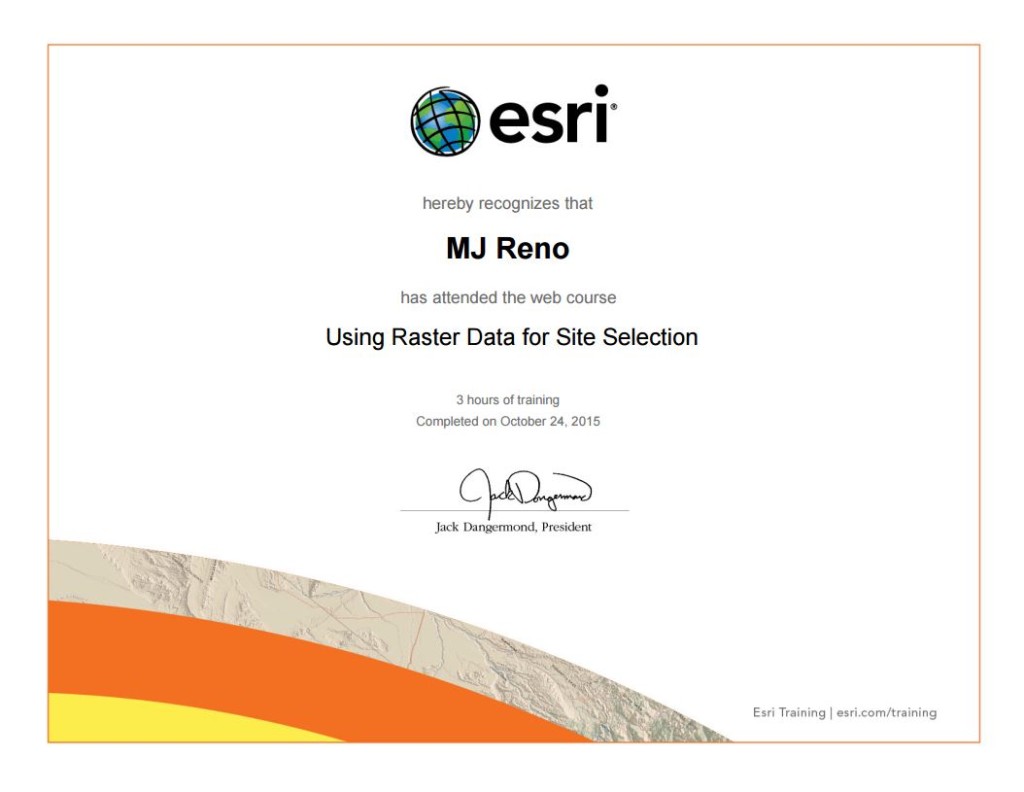